Why Arsenal Football Club need to improve their Employer Brand - and become a Great Place to Work.

Depending on the criteria you use, Arsenal Football Club is a huge success or on a worrying downward trend. Their success is indisputable on the pitch - 13 League Titles, 13 FA Cups, 2 League Cups, and 19 successive UEFA Champions League seasons between '98/'99 and '16/'17.

However, their last Premier League win was in the '03/'04 season - 14 years ago. They consistently achieved a Top 4 finish since '96/'97 - until last year's 5th place ranking, with a predicted 6th place finish for this season. They have already exited the FA Cup, and lost to Manchester City in the Carabao Cup final last week. Things don't look too positive.

On February 28th 2018, Arsenal Holdings PLC released their latest financial statement covering the six months to the 30th November 2017. The statement registers a pre-tax profit tax of £25.1m. However, revenues from football are down to £167.7m from £191.1m, which Chairman Chips Keswick attributes to the failure to qualify for the Champions League. Player wage costs have risen by £13.3m, and player sales of £58.4m show a sizeable profit when compared to a figure of £6.3m in 2016. Property sales have also helped to bolster figures with a £14.5m sale contributing £5.1m to the profit line.

But the question remains - is Arsenal a football club that is also a profitable business, or a successful business that just happens to make its money in football?

Modern day football is big business, and with total revenues of the Top 20 global clubs at €7.9b it should make for an interesting investment. As per Deloitte’s Football Money League data, Arsenal is currently ranked the 6th largest club in the world (at €487.6m total revenue) behind Manchester City, Bayern Munich, FC Barcelona, Real Madrid and Manchester United (who top the ranking with €676.3m total revenue).

So, What's the problem? I hear you ask. Great financial performance, and an average on-field performance... let the fans just suck it up!

At the Great Place to Work Institute, we provide annual rankings of organisations in terms of their performance as employers and workplaces, and we also function an 'early warning system' to signal potential threats to financial and business performance.

The definition of a Great Place to Work is one "where you achieve your organisational objectives, with people who give their personal best and work together as a team".We want to analyse Arsenal Football Club from that perspective, and signal a concern for the future unless immediate action is taken to turn the tide.

CLARITY OF VISION AND BELIEF

To achieve your organisational objectives, you firstly need to have clarity about what they are, and align everything to deliver them. Is it clear what Arsenal FC want to achieve anymore? It used to be to win the Premier League and Champions League, but that aspiration now seems unrealistic – maybe 4th is the best they can hope for, with Champions League Qualification a real bonus (there's no longer a real expectation of them competing to actually win this competition). Or maybe Arsenal has decided that the Manchester Clubs simply have more money and they will win out – but then how do you explain Leicester City's Premier League win in '15/'16? Talent, as we will see later, is critical - but passion and purpose can combine to deliver some shocks against all odds.

One of the most crucial areas any organization needs to excel in is its ability to attract and retain talent. In fact football is unusual as it is one of the few businesses where ‘people’ (players) are actually placed on the balance sheet. As has been said many times it’s about having the right people on the bus (team bus) and in the right positions.

At its best, Arsenal attracted talent. Henry, Viera, Bergkamp, Pires, Fabregas, Van Persie, Ozil, Sanchez... the list goes on. However, Monaco’s Thomas Lemar turned down the chance to come to Arsenal, even though the clubs had agreed terms (at £92m). Once Arsenal exited the Champions League, it simply became more difficult to attract talent. But if players believe that the team has a reasonable chance of qualifying the following season, they will invest their time and take that chance, Arsenal's odds of qualifying for the Champions League in '18/'19 are very long indeed.

Arsenal’s employer brand right now is under pressure. Who would join a team who are losing constantly, aren't working hard for each other, have a deeply unpopular manager alienating a large percentage of its fan base, and are losing their most talented players? Unless someone sells you a dream of a great future plan, then maybe, just maybe... you'll decide not to risk your career with that move.

And what about the clubs ability to retain talent? The recent debacle with Sanchez was an embarrassment. He clearly wanted out for a long period, eventually following the path of another Arsenal great, Robin Van Persie by signing for one of Arsenal’s greatest rivals, Manchester United, but not before causing a damaging rift in the team. Fabregas and Henry's moves to Barcelona also showed little confidence in the clubs future. A subsequent problem is the need to pay over the odds to keep players like Özil - arguably their only world class player left.

Success breeds success. But failure erodes confidence and players stop, as Wenger states, "playing with fluidity". The Great Place to Work model understands the power of playing as a team, where each and every player supports each other and can rely on their teammates to give their all. Aubameyang, the club's most recent signing, said in a recent interview that there is an air of resignation around the club.

If Arsenal are to rebuild and compete at the highest level, that 'air of resignation' must be blown away. With no clarity of purpose, a lack of belief, an ebbing away of pride, and a struggle to attract, retain and engage talent - it all comes down to leadership.

Arsène Wenger changed everything when he joined the club in October 1996, over 21 years ago (according to the League Managers Association, average tenure for a manager in the English League is 1.23 years). He introduced new ways of training, a new football strategy (attacking and fast passing), and a new focus on diet and fitness. This was a breath of fresh air - players felt they would learn, grow, develop, and have the chance to become the best version of themselves. Today, there's nothing new.

Leaders need to inspire people to perform better then they themselves believe is possible. But Wenger seems to be devoid of ideas. In the recent League match with Manchester City, even while losing 3-0, he didn't make a single substitution.

Many will say it isn't all about the manager. That the players need to take responsibility. The fact is that it isn't happening because the culture is damaged. The club's culture is at best stale - and at worst toxic. Belief and confidence are completely missing, and it's time for something new.

The people paying the wages are the fans (clients). Many have been patient, listening to the board explain away the lack of investment in the squad, by virtue of the long-term strategic investment required to finance the new stadium. In July 2008, Wenger predicted that investment would challenge the club. "The strategy of the club is to sell every year, and to buy less expensive players. We manage at Arsenal to maintain all our football ambitions, national and European, while having to free up for 17 more years an annual surplus of £24m to pay for our stadium." But those loyal fans began to lose patience. Those fans will not benefit through financial dividends in the future - in reality, they'll pay the highest prices for their tickets in the Premier League. They want success now on the field, and they've been let down badly by the board.

Part of being a great leader is knowing when to go - and going sooner than that! Wenger nearly got away with it. After finishing 5th in the league, and with no prospect of Champions League football in sight, Arsenal won the FA Cup. For a brief window, Wenger was king - that was his time to exit with pride. Instead, he signed a two year contract extension.

But does changing a manager really make a difference? Why not ask Swansea supporters? They were destined for relegation until they appointed Carlos Carvalhal on the December 28th. Since then they have reached the FA Cup quarter-final, have lost only two of their last nine Premier League games (Tottenham & Brighton), drawn two, and won five - including wins against Liverpool and (you've guessed it) Arsenal. In a recent interview with Adam Crafton, Carvalhal shared the fact that his tailor sewed "Carlos has a dream" onto the inside of his match day suit - and it seems that dream is becoming a reality.

Players are unhappy, fans are unhappy. Is the lack of success on the field bothering the owners? Well, not a lot according to Stan Kroenke. "If you want to win championships then you would never get involved. I think the best owners in sports are the guys that sort of watch both sides a bit. If you don't have a good business then you can't really afford to go out and get the best players unless you just want to rely on other sources of income."

At the moment Arsenal FC head for their worst season since '95/'96 with a disastrous win rate of 44.8%. From a points perspective, they are closer to the bottom of the Premier League than the top. And as Wenger, Arsenal's most successful manager ever, exits his role, he has achieved a lot but left a tough task for his replacement. There's little succession planning in place, with no obvious internal candidate for the job - so they'll have to go outside to fill the role (and probably pay over the odds).

Arsenal has offloaded a large number of players and brought in new talent like Lacazette and Aubameyang, but the culture is still a problem and those talented players will find it difficult to perform unless the culture changes fast. The tone is set from the top - and that tone needs to change.

A Great Place to Work is one where everybody believes in, and is passionate about, the vision. Where the leaders are strong and united both on and off the pitch. Where talent finds a place to flourish. Where everybody works together as a team. Where strength and unity make the team unbeatable, rather than fragile, indecisive, and weak. It’s time to make Arsenal FC a Great Place to Work.

I am more than happy to offer my services to make Arsenal FC a Great Place to Work – Arsenal FC is a fantastic club with wonderful fans, and as one of those fans I really hope our best days are ahead of us and not in the glorious past.

John Ryan is CEO of Great Place to Work® Ireland. 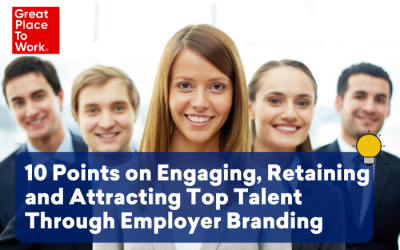 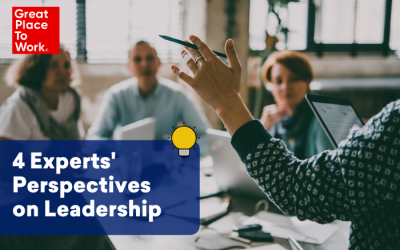 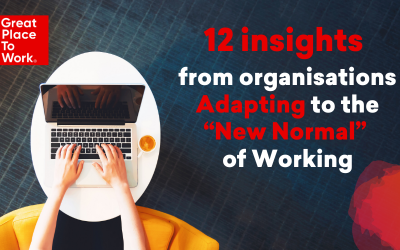 Webinar Retrospective: 12 Insights from Organisations Adapting to the “New Normal” of Working 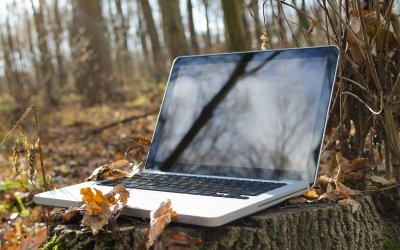 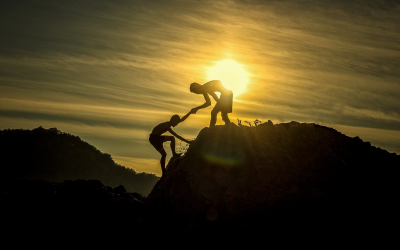 Anthony Hickey
About Us 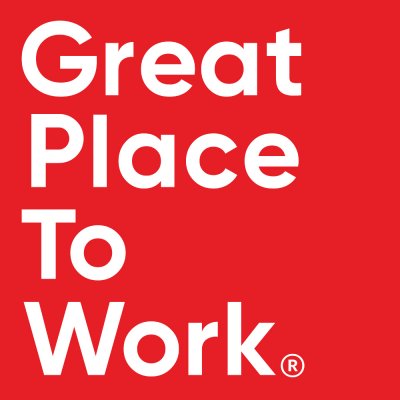